Limits to growth, logistic vs exponential

Growth of microbe populations are often used to illustrate this. Let's say an amoeba will grow and divide into two amoeba after an day of absorbing nutrients.

And so on. Population doubles each day. Exponential growth is famous for starting out slow and then zooming through the roof. 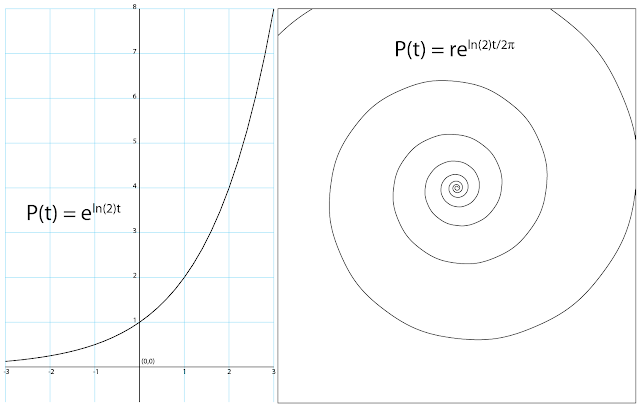 On the left is exponential growth in cartesian coordinates. On the right in polar coordinates, radius doubles every circuit.

Malthus imagined a rapidly growing population consuming all their available food supply and then starving to death.

Sometimes populations have suffered Malthusian disaster. More often rate of growth slows as the population approaches the limit that resources can support. This is logistic growth.

Where L is the maximum population local resources can support. 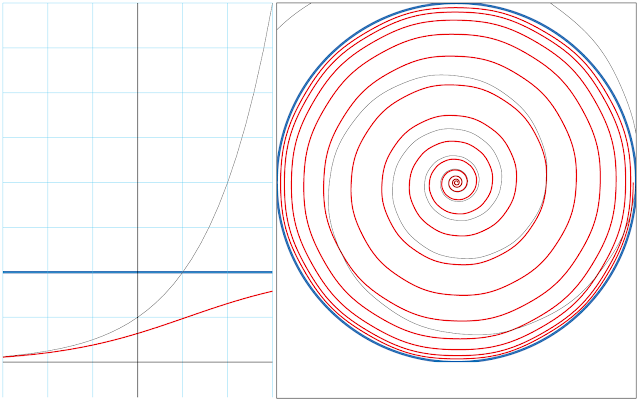 In Heinlein's science fiction, war limits growth. This was also the foundation idea of Niven and Pournelle's The Mote In God's Eye -- War is the inevitable result of burgeoning populations.

The Four Horsemen of Apocalypse -- plague, war, famine and death are seen as natural outcomes of uncontrolled population growth.

A declining fertility rate is a less ominous way to step on the brakes. It is my hope most people will choose to have small families. And indeed, current trends indicate people are voluntarily having fewer kids. Still, there are skirmishes as various entities compete for limited resources.

A growing population, a growing consumer appetite, a limited body of resources. It doesn't take a rocket scientist to see growth must eventually level off.

Whether it levels off via the 4 horsemen or moderation and voluntary birth control, either option sucks.  It's disaster vs stagnation.

Above is a Johnny Robinson cartoon. Used with permission.

I believe our solar system is possibly the next frontier. That has been the thrust of this blog since the start. If we do manage to break our chains to earth, it will be a huge turning point in human history, more dramatic than the settling of the Americas. The potential resources and real estate dwarf the north and south American land masses. 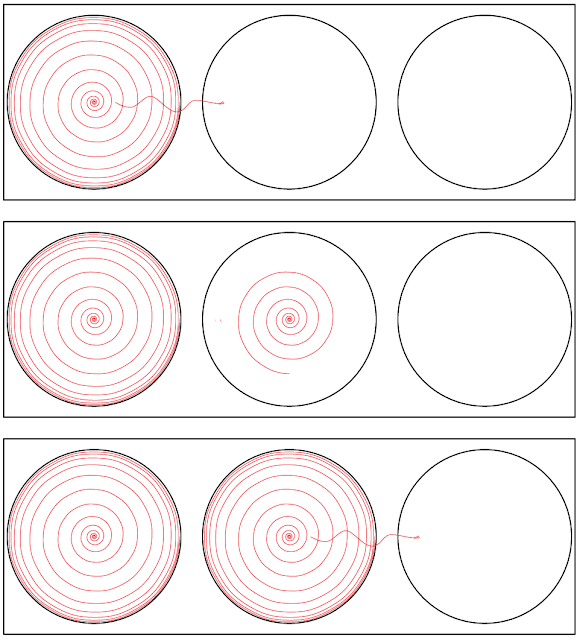 The first petri dish still has a population filling the limit. They have not escaped the need to live within their means. I take issues with critics who say space enthusiasts want to escape to a new planet after earth has been trashed. Space enthusiasts know earth is fragile, more so than the average person. It is noteworthy that Elon Musk is pioneering planet preserving technologies such as electric cars and solar energy.

But even if mass emigration from Europe or Asia was not possible, the expansion into the Americas energized the economy and zeitgeist of the entire planet. It provided investment opportunities. Also an incentive to explore. This is the greatest benefit of a frontier. Curiosity is one of the noblest human qualities and I hope we will always want to see what lies over yonder hill. And that we will keep devising ways to reach the far side of the next hill. Satisfaction and contentment are for cattle. If we lose our hunger and wander lust we will no longer be human.