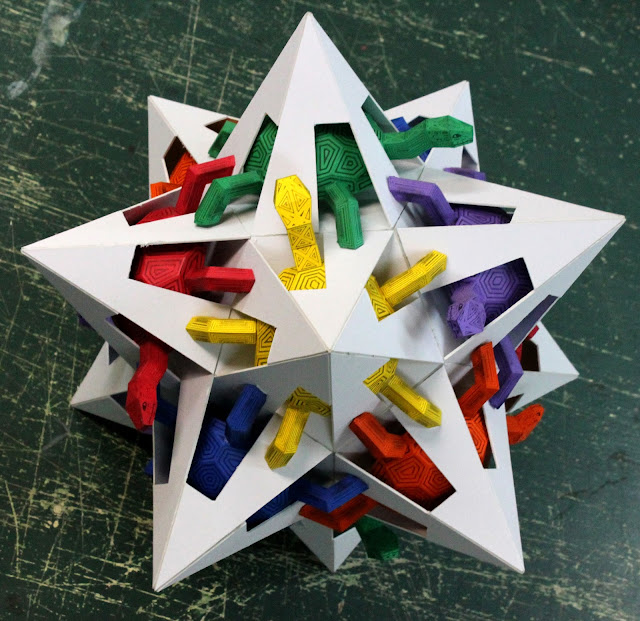 It looks like with a small modification to the angle of the foot contact, and a slight global contraction, that the turtles could be standing on each other's shell. I'd like to see this without the dodecahedral framework.

Maybe it's not turtles all the way down, but self-supporting turtles.

Mark, that's a really neat idea! I already have something visualized. Hope I will have time and energy to construct this soon.

Thanks for that. Ultra cool.