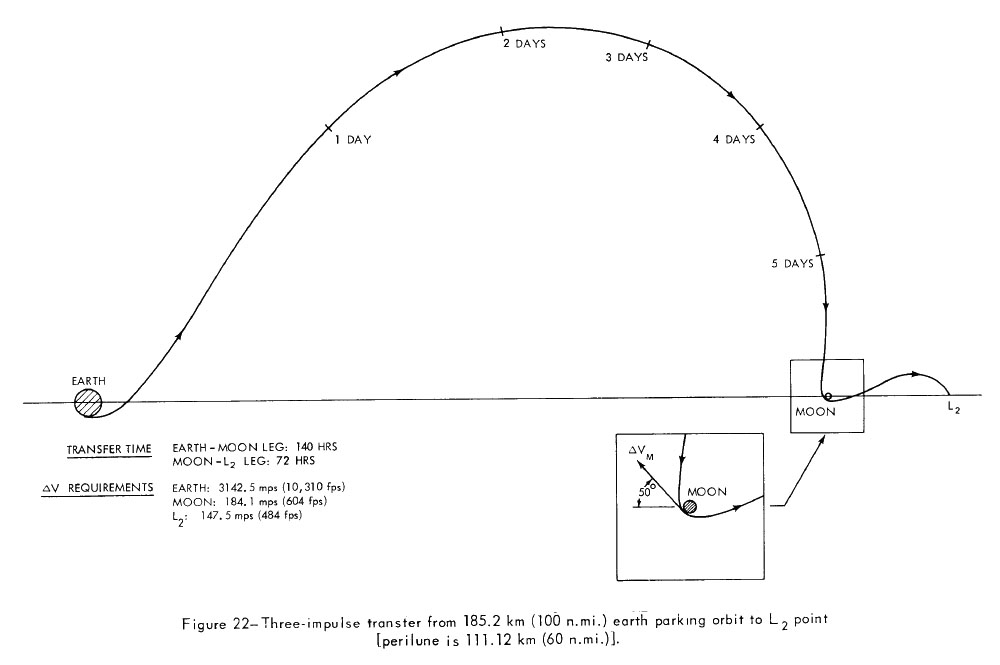 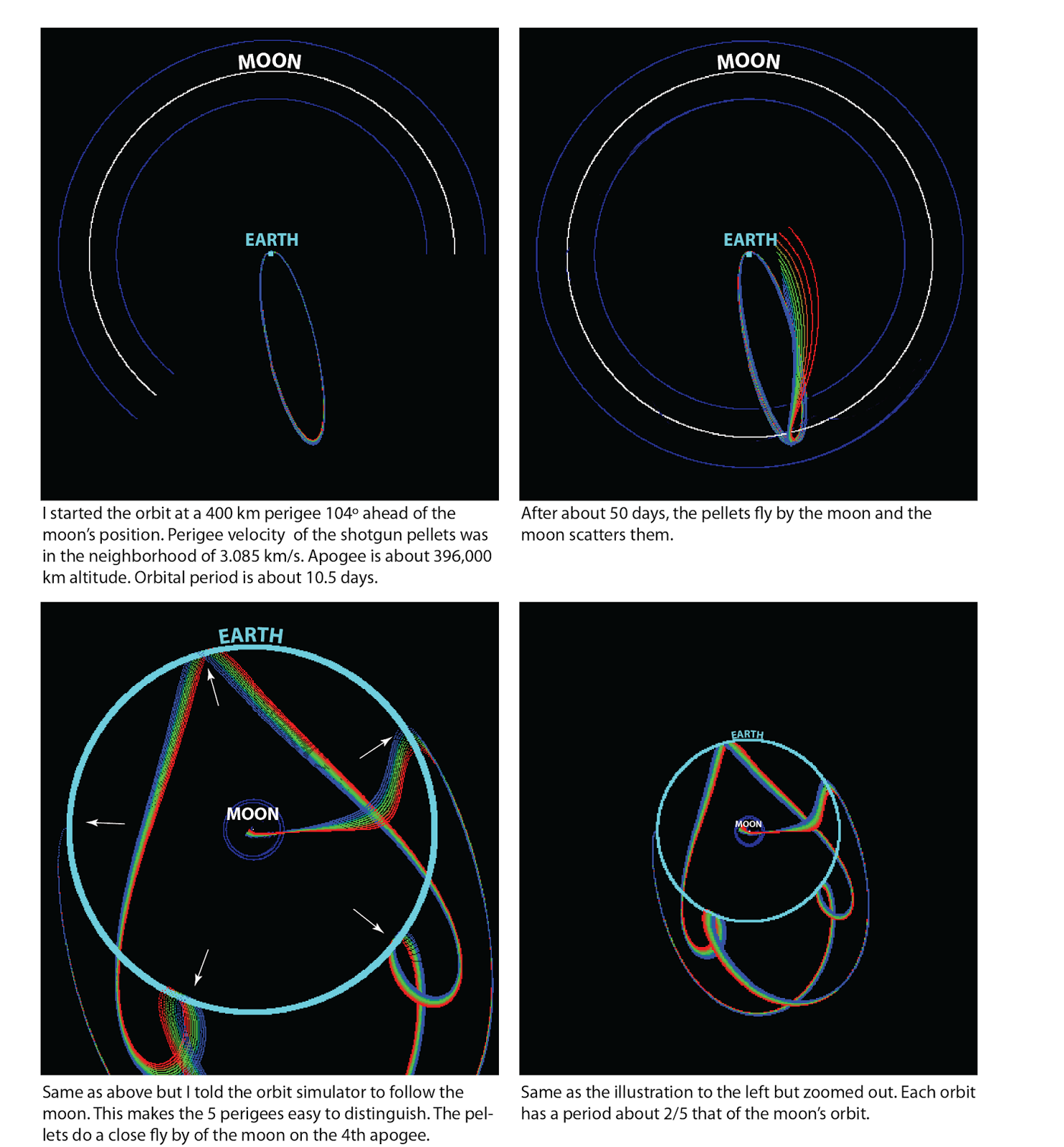 First, a slightly OT and stupid question: What is meant by "pellets" here? Tiny pebbles of extracted lunar ice?

Second, concerning the boil-off problem. A guy named Doug Plata suggests that water be transported from lunar craters to low lunar orbit and that fuel be produced only on order. As late as production capacity allows. Is this self evident, or undoable?

See his ideas at (page 5 on):
http://www.cislunarone.com/

I have a toy that blast 11 "shot gun" pellets over a range of velocities. http://clowder.net/hop/railroad/OrbSim.html -- that makes it easier for me to find routes by trial and error.

Doug Plata and I are on the same page in many respects. 60 days from leaving the EML2 depot to EML2 return may pushing hydrogen boil off although it's possible to mitigate with MLI (Multi Layer Insulation) and other devices. When I have time I will flesh out this EDS roughly basing it on a Centaur upper stage.

I've invented a new "astrogeographical realm" of the Solar System, the idea behind it being that we limit ourselves unnecessarily by adhering to labels like "moon," "Mars," and "asteroid." I've begun to write about Terralune (as I call this region) on a blog. I've been enjoying your blog immensely and wonder whether you would care to have a look at my blog. I suspect that, if my blog contains glaring errors, then you would be able to locate them. Here's the URL:

I hope that you will find this concept to be of interest.

Thanks for the informative post. However, I'm not so sure doing two Oberth burns would work. I tried the calculation and concluded that you would be better off just doing a single burn at Earth because its higher escape velocity would provide a larger Oberth boost:

Math needed for 5-week flight from Earth to Mars.
http://www.orbiter-forum.com/showthread.php?p=446531&postcount=38

But what might work is, for departures from Earth, to aim first for the Moon to get a gravitational slingshot effect, but so that it swings around to head back to Earth. Then use the Oberth effect at the Earth.

I am working on a hybrid chemical/NEP Centaur here;

the challenge would be to design a small fission reactor that could while inert withstand cryogenic fluids.
the waste heat is perhaps more important then the extra power from the radiator and the xenon gas ullage in the Centaur tanks, as it keeps the Centaur and payload warm during long Lunar nights and during outer planet missions

Bob, to exploit the potential energy of a high orbit you need to do a braking burn to drop the perigee deep into earth's gravity well. Braking burn from EML1 is around .7 km/s.

EML2 has even more potential energy than EML1. Under normal circumstances the braking burn would take more than .7 km/s. But Farquhar's clever use of the moon's gravity well cuts braking expense to .3 km/s.

Idle thought: You calculate a 10 minute burn at perigee for the 70-ton payload and the stage, but that's with a single 99 kN RL-10 equivalent. With three such engines, you can chop that down to three minutes, and still only see 0.3 G. That'd mean you could do the burn, drop the payload, and re-orient for the stage to do its own slow-down burn without needing to leave the lunar area--you've got 54 minutes after all. The reusable departure stage need only be on the hyperbolic trajectory long enough to drop the payload.