My Geoscapes books are selling! 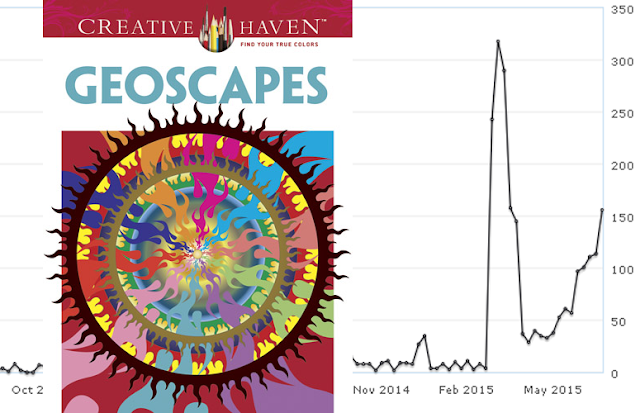 Last week saw sales of about 22 books per day. There was a week in March when 46 books a day were being sold. I have no idea what caused this recent upsurge. Three of my friends and relatives have told me they've seen the book on display at Barnes and Noble stores. My daughter and I walked into a grocery store/delicatessen and saw my book on display along with other Dover Creative Haven books. 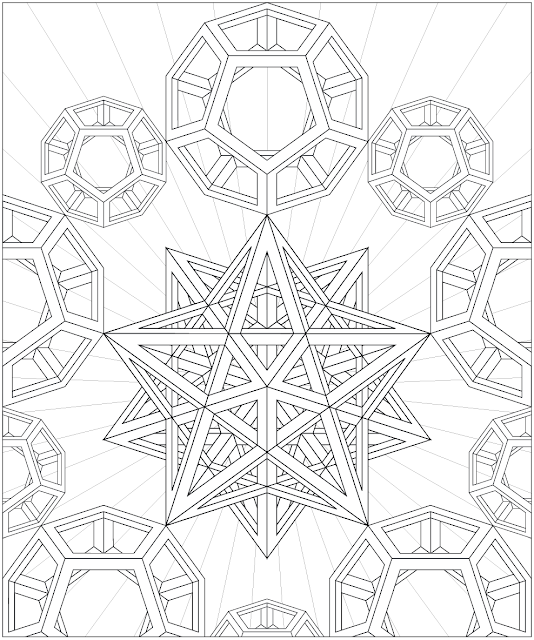 A tribute to two of my heroes: Da Vinci and Kepler. Leonardo Da Vinci would make open faced polyhedral models composed of beams along the edges. That way he could study the interior of a polyhedra. Around the edges of this page are Leonardo style Platonic dodecahedra. If you extend the edges of each pentagon to form a five pointed star, you get a Kepler solid, the small stellated dodecahedron (center). Besides revolutionizing our view of the solar system, Johannes Kepler did a lot of wonderful exploration and discoveries in solid geometry. 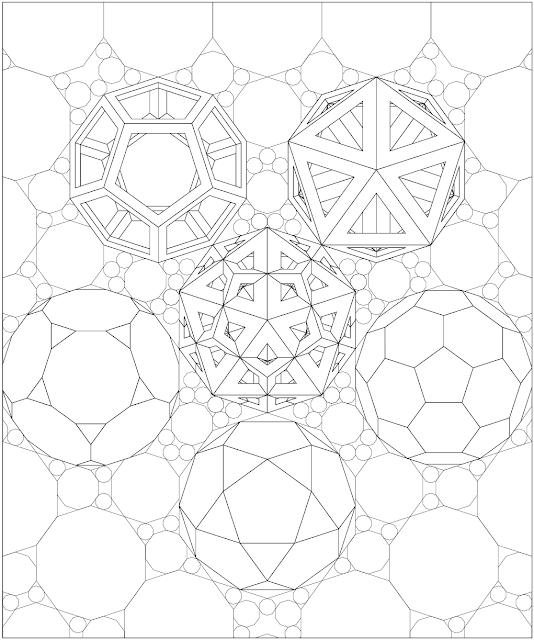 Lower three solids are Archimedean solids that result from truncating (slicing off corners) of either the dodecahedron or icosahedron. 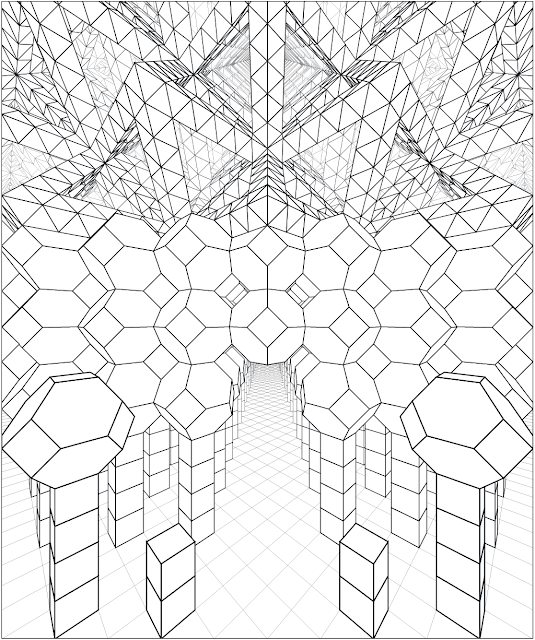 I am fascinated with space filling bricks, a.k.a. honey combs. At the bottom are cubes. Cubes are a special case of a rectangular solid, the sort of bricks we're all familiar with. The structure at the top are alternating octahedra and tetrahedra, a.k.a. an octet structure. The octet faces are equilateral triangles. Height of an equilateral triangle is sqrt(3)/2 length of a side, an irrational number. So at first glance it seems like octet structures would be incompatible with cubic structures. But this gulf is bridged by a third type of space filling brick: the truncated octahedron. That's why I call the truncated octahedron the Bridge brick. 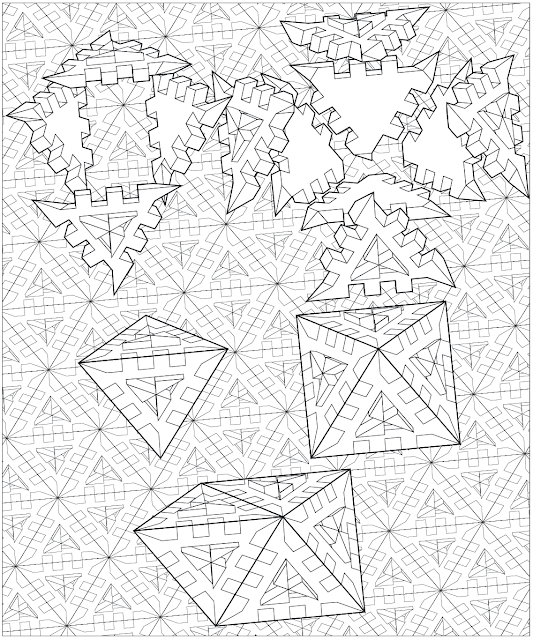 A Lego-like construction toy I invented. But instead of cubic structure, this toy would build octet structures (see image and explanation just above this one). And instead of a single male face and a single female face, every face has a hermaphrodite connector. Bridge truncated octahedral construction units might be a way to make my toy compatible with Legos. 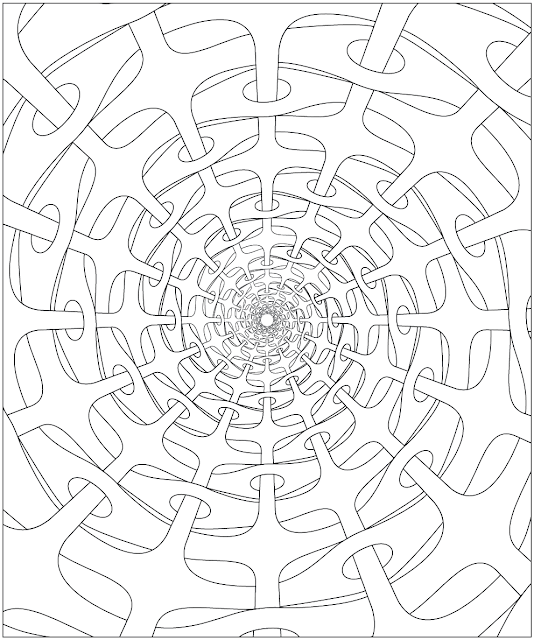 Don't know what to say about these interpenetrating spiral structures. Except that they were fun to draw.

Hoping the people who bought my book enjoy my strolls through strange geometry gardens.

Another book I'm proud of is Surreal Visions. But it's still suffering flat sales. I'll post a few images any way: 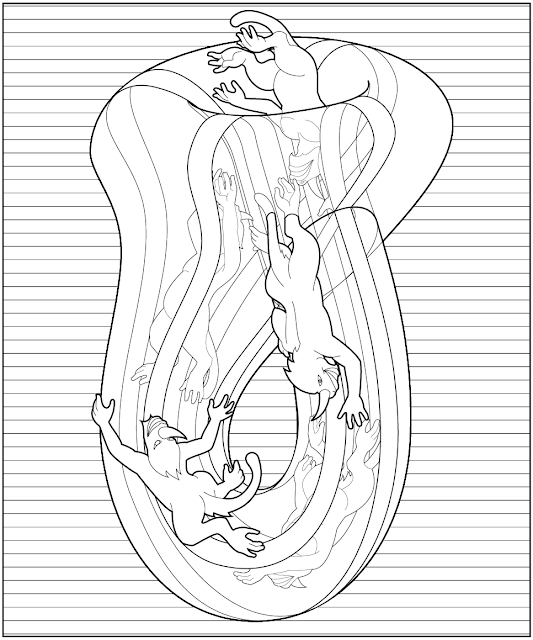 These rhino monkeys are frolicking about a Klein Bottle. A peculiar object, somewhat like a three dimensional Möbius Strip. 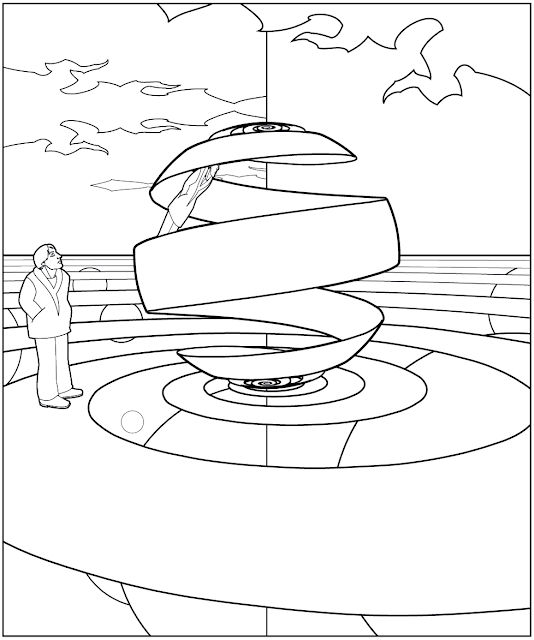 The Riemann Sphere maps the points on the surface of a sphere to a plane (with the exception of the north pole!). Mathematician Chaim Goodman Strauss helped me come up with a related mapping of points from 3-space onto 3-space. Surreal Visions features several images based on this mapping. 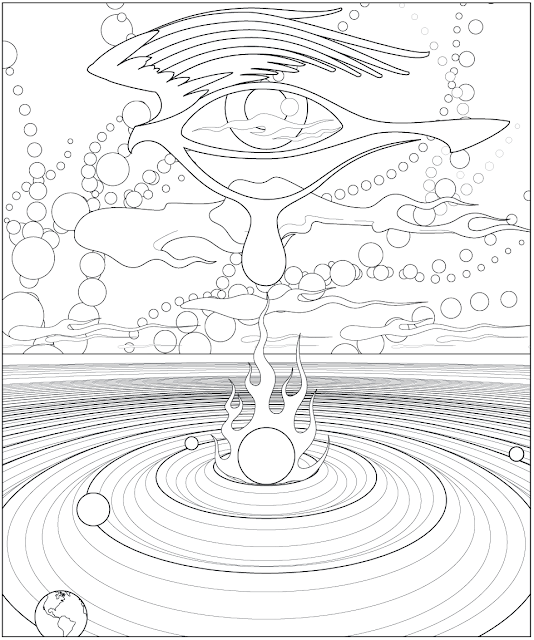 And finally one more from Surreal Visions. This image is called Tears.
Posted by Hop David at 1:07 PM

That's great. Have you considered writing an orbital mechanics text?

William, your comment gives me an excuse to mention my Celestial Mechanics Coloring Book. I did a separate Blog Post on that one. If you give me your postal address, I'll mail you a copy. My email is hopd@cunews.info