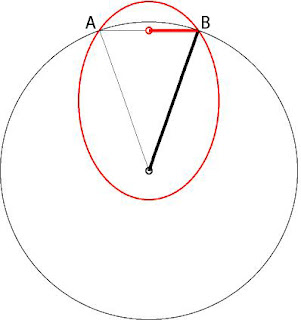 The "ToF" at cell D27 has the flight taking 0.185726903 minutes overall. Where one mile / minute is 60 mph (famously), we've traveled that mile at 5.384 times 60 mph. A golf cart leaving and meeting the pogo would be travelling an average 323 mph. Almost three times the pogo takeoff=impact speed.